Katena is inspired by the beauty of the catenary curve - the natural curve that a chain forms when its end are suspended from 2 points. The architect Gaudi used chains to design the Sagrada Familia. More than 100 catenary curves are found in Katena.

The first catenary encounter is in the airlock where the windows have the form of an inverted catenary. Entering the Green Dome the catenary appears as a motif generated by displaced seams. The spectacular Main Dome of Katena has been likened to a Hindu temple; its construction widened the boundaries of our pneumatic explorations with an intricate mesh of riveted and sewn reinforcement defining the shape and over 200 colour spots swirling upward to a green finial. 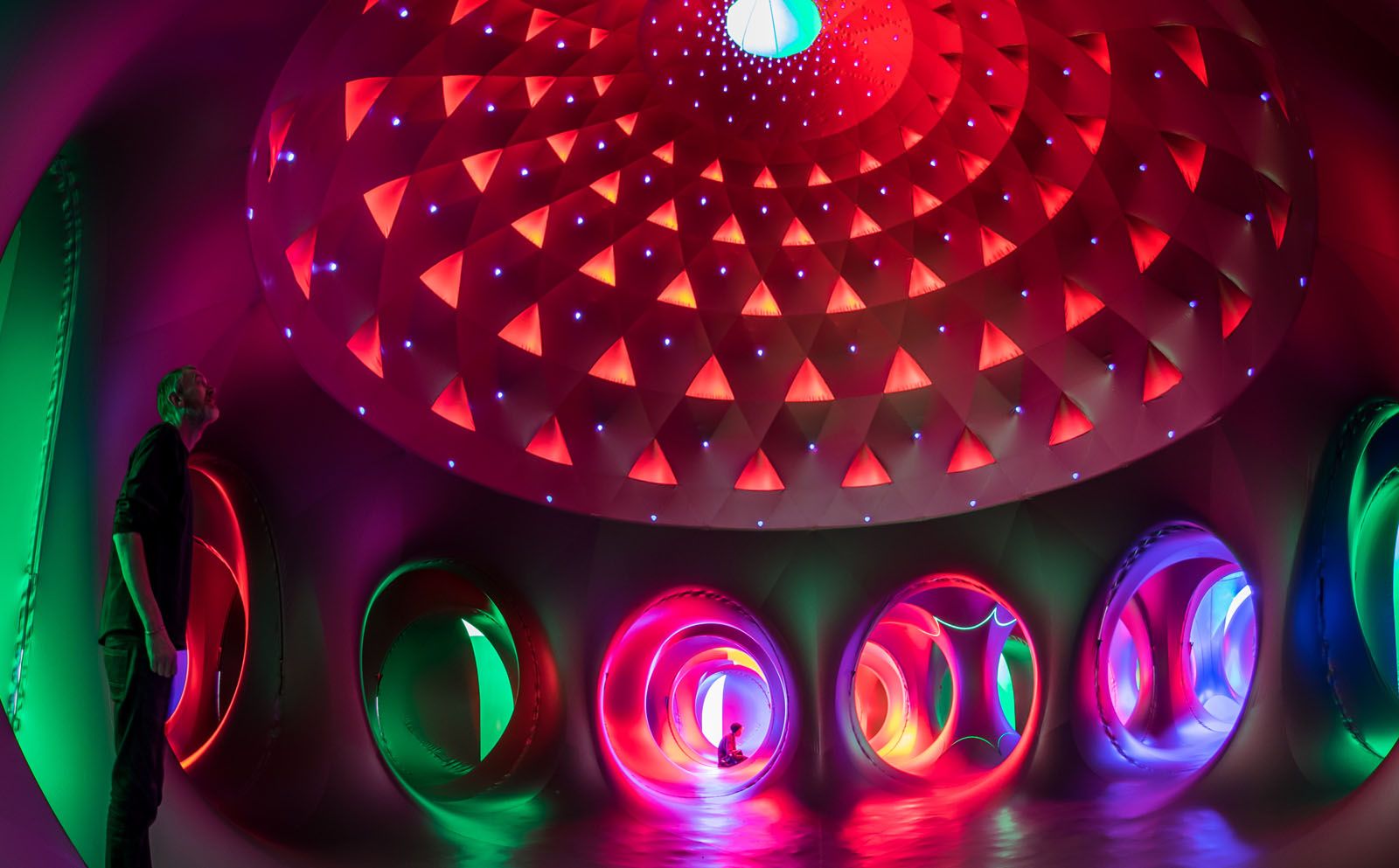